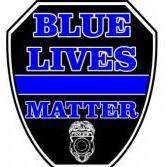 And now for RnD to show up and just derail the whole damn topic.     -RnD.-

If you want exact details, PM or TeamSpeak. I'm not willing to discuss openly on the forums.